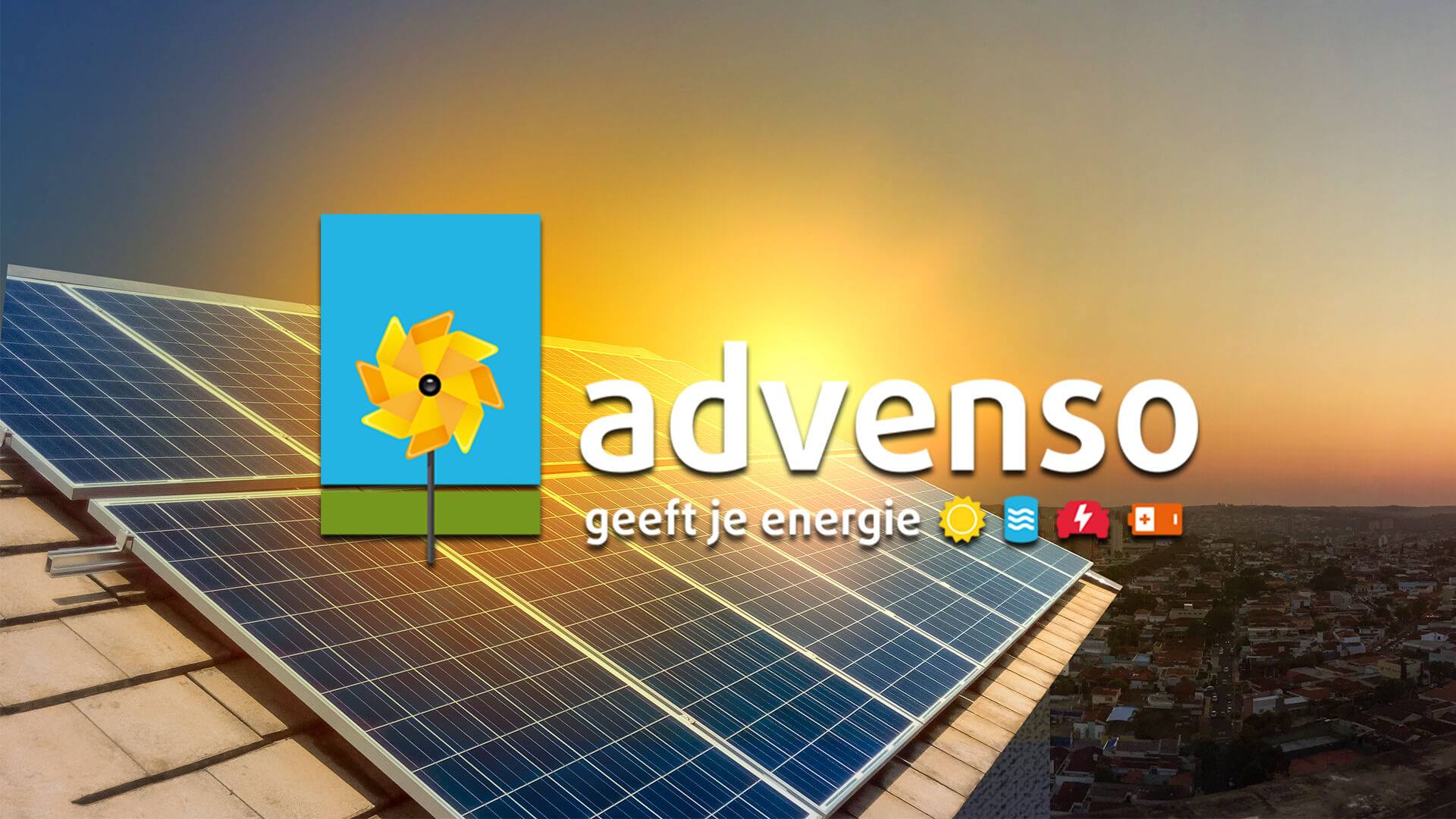 Very satisfied with the good service!

No after sales service. No communication possible. One year long!! Have we kept calling advenso with several people to make an appointment. Time and again we were fobbed off with the excuse 'we will contact you tomorrow'. Only if you write a review to tell them what it is, they will contact you by phone because a negative review damages their image. I do not recommend anyone to do business with this company.

More than six weeks since installation, and it never worked. We call, we send email, nothing happens. No one comes to fix it. It's wasted money so far. HORRIBLE AT FOLLOW UP SERVICE.

Service in case of problems is disastrous. Four workers arrived on the first attempt to install the panels. None spoke Dutch (We think Polish workers). That day there was a storm and the installation was rightly canceled. I was already surprised that people would try this. The inverter was installed by a subcontractor, who was Dutch speaking. All of our garage under the gravel / dust including our two cars. No complaints about it, cleaning it up yourself solved it, although it would have done no good to the paint on our cars. 2-3 weeks later, the second attempt, one Dutch-speaking worker came, friendly man, installed the panels perfectly in one day. Even then, the subcontractor of the inverter was present, but it turned out not to work. And then the agony began. Nothing of information, was the inverter going to be repaired, will a new one be installed? Every time Advenso is called, the secretary answers with the message that the call will be returned; This up to 5 times. After more than a month I passed the case on to my legal aid. These have given Advenso notice of default. Now an appointment was made (via the subcontractor) for the replacement of the inverter. The day of that appointment, however, no one showed up. They knew of no more appointment. Advenso blames his subcontractor. I called the subcontractor, it turned out that Advenso had not delivered the new inverter. Then who should you believe. Meanwhile, also an invoice for extra parts and an extra fuse. This has protested my legal aid. Back a few telephones, empty promises that they would call back. After a while an appointment for a new inverter, it has been installed and the installation works. Then I received a second reminder for the protested bill for the extra fuse. Never got the first reminder. Easily solved with an email, the day after I received a credit note for this. The inspection also went smoothly, is of course done by another company. Then the declaration of the solar panels. The offer states that Advenso will also arrange this. I waited three weeks (they have a month), then I called Advenso to make sure that this will be sorted out; Turns out they have a huge backlog and I'd better do this myself. Obviously I didn't agree, I wouldn't know how to do that, not to mention what would happen if I made a mistake. Finally Advenso did this (few days late). Normally one can follow the production of electricity via the internet; For this you need to get a link with password. I have also asked this several times, each time the secretary says that they are going to look at this; To this day I have not received it. I'm sick of Advenso, too bad I didn't opt ??for other solar panels. I strongly advise against them!

Very dissatisfied: - communication is not in their dictionary - can't admit mistakes - are not open to looking for a 'correct' solution together - we made the wrong choice

Unfortunately not a smooth cooperation for the time being. Solar panels neatly placed at the end of February. Very friendly team, professional and helpful. However, battery was not present, which was not communicated in advance, so no connection of panels. Since then called 4 times with a promise that they would contact you, without any consequence. On 5th attempt last week was told that batteries are delayed. Nothing you can do about it, and all understanding, but communicate that clearly without the customer having to keep calling without a response. In two weeks I would get more news about the batteries. Then we will soon be 2-3 months after installing solar panels. So I asked to connect panels in the meantime, seems like the least gesture to me, but I haven't had an answer in the meantime. Have already received the invoice for that connection of panels ...

I have been waiting for a check-up for 4 months, I keep calling but there is no response

Failure to fulfill agreements, work teams that do not speak Dutch to ask proper explanation. Holes in the wall succeed because they forgot their correct tools and this is all but normal then you report this to advenso no response only reminder to pay the invoice absolutely not recommended. Our new building has seriously suffered some damage that we now have to have repaired ourselves.

After a pleasant conversation with the Advenso representative, we accepted their offer. When placing the panels, it appears that they are not the panels that we expect, in terms of appearance. The installation works. Advenso refuses to talk to us and ignores our phones and emails asking for clarification about the incorrect information that the representative has given us. If we had known this in advance, we would have opted for a different quotation that could place the desired panels at the same price. They also already sent an invoice while they had not yet reported the panels to the grid operator and we had not yet gained access to the online monitoring system of the solar panels. Above, they still charged us for late payment. It may happen that something goes wrong, but the total lack of communication shows little respect.

Thanks for the excellent service Advenso! Unfortunately, we often hear stories about agreements that are not fulfilled and messy work with damage to the home, but none of this with you. Compliments also to the installers and electrician who were always punctual, delivered good work and afterwards left everything tidy.

Order and installation went smoothly. Unfortunately, since there is a first problem with one of the microinverters 3 years later, I don't have a date after 3 months when the repair will happen. On the phone, I get a promise that the microinverter will be replaced and I will be contacted, but it doesn't. This scenario has been repeated several times. The lady on the phone is completely unhelpful. 'Send an email' is her advice. My original email to report the malfunction would otherwise never be answered. Update: With an extra week of patience, an appointment was made to carry out the repair. It went super smooth and friendly. The installation works flawlessly again.

I have been trying to find out what the added value + associated costs would be for installing extra panels for almost 3 weeks. I own a small house with a limited roof space. It appears that after installation more panels can be placed than anticipated. Advenso did not consider a site visit necessary even after repeated inquiries on my part. Since the advance had already been paid, there was no going back. After-sales service and actually also sales itself leaves much to be desired. Representative never answers the phone and only calls back after contacting headquarters ... And that for 2-3 extra panels and wanting to know the prosumers rate. What service.

2 installations installed in 1 year ... super installed for business and private purposes according to the agreements made, technicians arrived on time, installation installed and connected. Inspection without problems. good service and think along with the customer! We are very satisfied with the cooperation, thanks Michael from Advenso

Neatly installed according to the agreements, technicians arrived on time and the installation was installed and connected within a few hours. Fast service and thinking along with the customer! Very satisfied with the collaboration, thanks Advenso!

I can NOT recommend working with this company. The installation started on 10/9/2020 and the works have still not been completed. People arrive late or not at all for appointments, do not notify in case of absence, items (solar panels, internet connections) are not available, emails and telephone calls are not answered. This company outsources everything to subcontractors who in turn work with subcontractors. The communication with the customer is something like zero zero zero ... In the meantime I was informed by colleagues and friends that the installation of their solar panels took 1 day ... At ADVENSO, however, is waiting for Godot.

Placement went smoothly and according to the agreements. Technicians were very friendly! Top service Advenso ??

A nice collaboration with smooth communication!